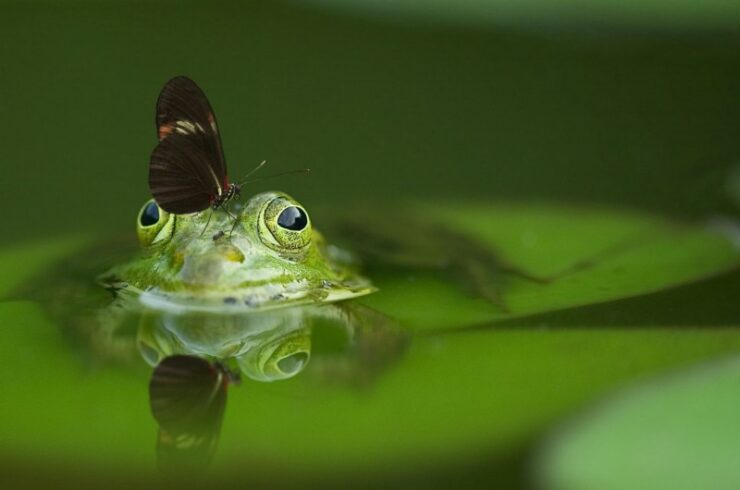 Eat The Frog: How To Improve Your Productivity

You may be wondering — what on earth has this got to do with improving productivity? Nicolas wasn’t a businessman; he wasn’t a productivity coach, or an entrepreneur. But what he said is some of the best advice you’ll ever hear on the subject.

In this article, we’ll look at how to eat the frog — and improve your productivity in the process.

What Chamfort meant by ‘eating the frog’

In business and in life, we all face a similar dilemma: we’re given a choice of tasks, some of which are more appealing than others. But the truth is, we can’t avoid the less appealing tasks. They need to be done. And if you don’t do them now, they’ll just get bigger and more difficult.

So what’s the solution? ‘Eating the frog’ — tackling the most difficult task first. This sets the tone for the rest of your day, and it ensures that you don’t procrastinate on the less appealing tasks later on.

Believe it or not, this method is totally backed by science. Research shows that when we start our day with the most difficult task, we’re actually more productive overall.

If you’ve ever been a chronic or casual procrastinator, you’ll have experienced one of the following scenarios:

The bottom line is this: when we put off the difficult tasks, they tend to pile up and become even more difficult. And this only serves to further decrease our productivity levels.

The many appeals of eating your frog

In real life, eating a frog sounds like the last thing you’d want to do — and the same goes for your most demanding daily tasks. Believe it or not, however, there are a number of reasons why you should “eat your frog” and get that task out of the way first thing in the morning.

It sets the tone for your day

People who get up first thing in the morning to do their exercise often feel motivated and energized for the rest of the day (even though you’d expect them to be tired!). One reason for this is that, right off the bat, they prove to themselves that they can handle their most challenging activity. This gives them a feeling of confidence and sets the tone for the rest of the day.

You can channel this same feeling by getting your most difficult task done first thing in the morning. This way, you’ll know that you’ve already accomplished something big and challenging, and you can relax and enjoy the rest of the day knowing that you’re one step ahead.

It appeases the procrastination monster

Most people have a tendency to procrastinate, and this is especially true when it comes to more difficult or challenging tasks. It’s easy to put off what you don’t want to do, but when you finally force yourself to face it, the sense of relief and accomplishment can be immense.

With your most daunting task looming in front of you, it’s easy to succumb to the procrastination monster. But if you get that task out of the way first thing in the morning, you’ll have already beaten him. This will give you the confidence and motivation to continue tackling your day head-on.

It boosts your productivity

It’s near impossible to be productive when you’re distracted by a looming task. When you put that task off, it’s always in the back of your mind, constantly nagging at you and preventing you from focusing on anything else.

Get it done right away, however, and you’ll be able to focus on the task at hand. You’ll also be less likely to procrastinate on future tasks since you’ll know that you’ve already overcome your biggest challenge for the day.

It makes you more efficient

Once you get in the habit of tackling your most difficult task first thing in the morning, you’ll find that you’re more efficient throughout the day. Since you’ll know that you only have a few hours left to get your work done, you’ll be more motivated to get it done quickly and effectively.

How to get the biggest task out of the way

Eating your frog sounds great on paper, but when the rubber hits the road, it can be easier said than done. Especially when it comes to work, it can be difficult to know where to start and what task is the most important.

Let’s run through some tips to help you improve your productivity and get the biggest task out of the way first.

Of course, your first port of call is to identify what your frog actually is. What’s the biggest, most daunting task that you’ve been procrastinating on?

It can help to break the task down into smaller, more manageable chunks so that it doesn’t feel quite as daunting. Write it down for the sake of clarity; when forced to put a task into words, it suddenly becomes more real and tangible.

Step 2: Make a plan of attack

There’s no need to create a buildup, but some simple planning can help you to conquer your frog in a more efficient way. You can do this by mapping out the specific steps you need to take in order to complete the task.

Write out each subtask and estimate how long it will take you to complete. This way, you have a realistic timeline in mind and won’t get bogged down by the enormity of the task at hand.

You can even use timeboxing to help you stay on track; set yourself a deadline, and work diligently until the time is up. Just make sure you allow for some breathing room in case something goes wrong.

Now it’s time to put your plan into action! Starting is always the hardest part, but once you get going, momentum will take over and you’ll be flying through the task.

Here are some tips to rip the band-aid off and get started:

By following these simple steps, you’ll be well on your way to eating your frog and improving your productivity.

Productivity can be an ongoing battle for many people, and sometimes, a simple plan of attack doesn’t seem to work. This is usually because people don’t take the time to figure out their own personal productivity pitfalls and how to work around them.

Here are some of the most common productivity pitfalls and how to overcome them:

1. Distraction: One of the biggest productivity killers is distractions. Whether it’s notifications from your phone, people coming into your office, or just getting lost in a web browser, if you’re not focused on the task at hand, you’re not going to be productive.

The best way to overcome distractions is to either remove or disable the distractions entirely, or to create a system where you can quickly and easily get back on track.

For example, if you’re working on a task that requires focus, put your phone in airplane mode or turn it off completely. If people are coming into your office, tell them you need some time to focus and you’ll be with them in a few minutes.

2. Procrastination: Procrastination is another big productivity killer, and it’s often caused by fear or perfectionism. We put off tasks because we’re afraid of failure or we think the task won’t be perfect, so we’d rather do nothing at all.

As aforementioned, timeboxing or breaking down a task into smaller, more manageable pieces can help with procrastination. Additionally, setting goals and deadlines for yourself can also be helpful.

And finally, if you’re struggling to get started on a task, try focusing on why you’re doing the task in the first place. Reminding yourself of the benefits of completing the task can give you the push you need to get started.

3. Lack of Motivation: This is probably one of the most common productivity pitfalls, and it’s often caused by a lack of clarity or boredom with the task at hand.

You can also try to increase your sense of accomplishment by breaking up larger tasks into smaller goals and celebrating each goal as you achieve it. Make sure you’re taking regular breaks to give your brain a chance to rest and recharge.

4. Poor Time Management: Unfortunately, many people struggle with poor time management skills. This often leads to tasks taking longer than they should, multitasking, and feeling overwhelmed.

But never fear — poor time management skills can be overcome! The best way to start is by tracking how you’re currently spending your time. Use a tool like Day.io to track how much time you’re spending on each task.

Once you have a good idea of where your time is going, you can start to figure out ways to optimize it. This could mean setting time limits for tasks, scheduling specific times for certain tasks, or batching similar tasks together.

5. Overwhelm: Finally, many people feel overwhelmed by the sheer number of tasks they have to do. This can often lead to a feeling of paralysis, where people feel like they can’t do anything at all.

That’s where eating the frog comes in — you get the most dreaded, challenging task out of the way first, and from there, the rest of the day feels a lot easier.

Procrastination can be a dream killer, but it doesn’t have to be so difficult to beat. Simply eat your frog — get all the challenging, dreaded tasks out of the way first — and you’ll be on your way to a more productive day.