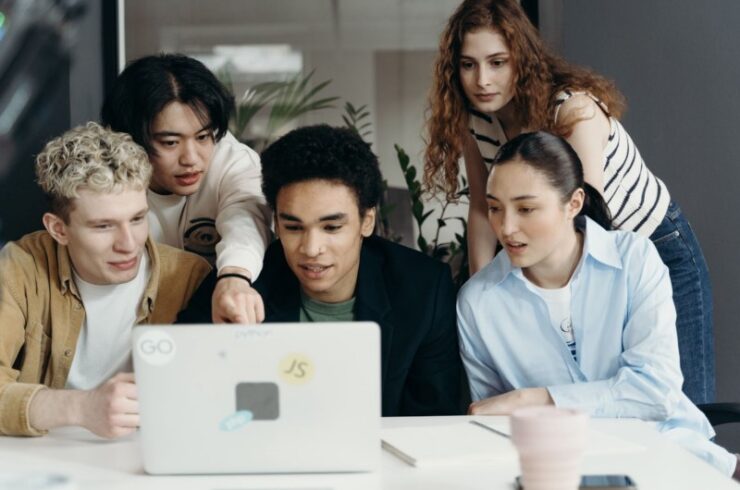 Team Development and Its Five Stages

In the business world, team development is a crucial task to get right. As teams grow and evolve, it is important to assess and adjust their structures to ensure that everyone is working as effectively as possible.

This can be a difficult task, but with the help of human resources (HR) professionals, it can be done — and the best strategy to use is the five stage model of team development.

This article will outline the five stages, explain what each entails, and offer tips on how HR professionals can help teams move through the stages successfully.

The team development process: what is it?

In the 1960s, a strategy was developed by Bruce Tuckman that aimed to explain the process of how a team evolves and functions. The theory, now known as the “Tuckman Model”, is still used by businesses today as it outlines five distinct stages that a team goes through during its development.

The five stages are: Forming, Storming, Norming, Performing and Adjourning. It’s important to note that not all teams will go through each stage in this exact order, and teams can revisit earlier stages depending on the project or task at hand.

The idea behind this model is to move teams through five comprehensive stages so that they can develop the skills and cohesion needed to be successful. Let’s take a closer look at each stage.

Forming is the very first stage of team development, and it typically takes place when the team is first created. You can think of this stage as the honeymoon phase, where team members are excited to work together and get to know one another.

During this stage, team members will likely be polite and cooperative with one another. However, they may also be tentative and unsure of their role within the team. It’s like the first day of school or the first week at a new job; everyone is trying to figure out what’s going on, and there’s a lot of uncertainty and anticipation.

Forming typically lasts for a few weeks or months, and it’s important to make sure that team members are given the opportunity to get to know each other during this time. You can do this by organizing team-building activities, setting up regular check-ins, and providing opportunities for feedback.

To move your team through the forming stage and into the next one, it’s important to:

Once team members have gotten to know each other and feel comfortable working together, they’ll be ready to move on to the next stage.

This stage is exactly as it sounds — a storm is brewing, and it can be a very chaotic time. Tensions are high as the team tries to figure out its new dynamics and how everyone will work together. This is often when personality clashes start to occur, as people begin to assert themselves and their individual strengths and weaknesses come to light.

Perhaps the most critical yet difficult stage, Storming will determine whether the team can move on to the next stage or dissolve entirely. The key to getting through this stage is communication — it’s important that everyone is clear about what is expected of them and has a voice in how the team functions.

If the team can make it through Storming and reach Stage 3, they’ll be much stronger for it. To get the team through to Stage 3, keep the following in mind:

This stage is like the calm after the storm — the team has gone through the initial chaos of forming and is starting to gel. Norming is a time when the team starts to develop rules, roles, and procedures. This process can be contentious as different members of the team vie for power and influence.

It’s highly rewarding to reach this stage, as you’ll begin to see significant progress, like:

At this point, it’s important to ensure that the team doesn’t become too complacent. Keep them on their toes by continuing to challenge them and encouraging them to take risks.

Once you reach the Performing stage, your team has made impressive progress toward becoming a high-performing unit. The team has solidified its membership, developed strong working relationships, and is producing quality results.

This stage is marked by a heightened sense of camaraderie and team spirit, as members feel a strong sense of ownership in the group’s success. They are highly motivated and work collaboratively to achieve common goals.

However, this level of performance can be precarious, as the team may become complacent if it’s not constantly challenged. It’s important to maintain high standards and regularly evaluate the team’s progress to ensure it stays on track.

To remain successful throughout the Performing stage, a team must have:

Remember that problems can always arise during the Performing stage, no matter how well a team is functioning. Be prepared to address any issues that may arise, and don’t be afraid to make changes if necessary.

Depending on the ultimate purpose of your team, you may reach a point where your goals have been accomplished and the team dissolves. This may be a planned or unplanned event, but it marks the end of the team’s existence: the Adjourning stage.

This stage is often marked by a feeling of loss or sadness, as team members say goodbye to one another after months or years of working together. Members may also feel relief that the hard work is over; they may even make plans to keep in touch.

The Adjourning stage is often a time of reflection for team members as they consider what they’ve accomplished and how they can apply the lessons learned to future projects.

There are a few success indicators for teams that reach the Adjourning stage:

If the team was unsuccessful, members may experience feelings of frustration or regret. They may also feel like they wasted their time and energy on the team. In these cases, it’s important to reflect on what went wrong and learn from those mistakes.

No matter how your team ends, it’s important to take the time to reflect on its successes and failures. What worked well? What didn’t? How can you apply what you’ve learned to future projects?

How will you know when teams are ready to move on?

Unfortunately, there is no easy answer to this question — each team is unique and will progress at its own pace. However, you can use certain signs and symptoms to help you decide when a team is ready to move on to the next stage.

If a team is exhibiting symptoms of stagnation such as low productivity, lack of motivation, or communication breakdowns, it may be time to consider intervention in the form of coaching or training.

On the other hand, if a team is demonstrating symptoms of too much change such as high turnover, conflict, or chaos, it may be necessary to provide support and stability in the form of coaching or mentoring.

The bottom line is that team development is an ongoing process, and you should always be on the lookout for signs that a team is ready to move to the next stage.

Why should you follow the 5 stages of team development?

So, there you have it — the five essential stages of team development. But why should this information matter to you as a manager or business owner? If you’re an accomplished team coordinator, can’t you just “wing it” and move teams along to the next stage as needed?

The answer is no. Teams that skip essential stages or try to move too quickly may experience problems such as low morale, communication breakdowns, and lack of productivity. By understanding and following these five team development stages, you can help your team reach its full potential.

Final thoughts on the Tuckman Model

Team management is no walk in the park, and most managers would likely agree that team development is one of the most difficult tasks they face. This is where the Tuckman Model comes in handy. It’s a theoretical model that truly stands the test of time, having been around since 1965.

We hope this article has been helpful in understanding the five stages of team development and how HR can be leveraged to improve team structure. With the right tools in place, your team can smoothly progress through the five stages and reach their ultimate potential.