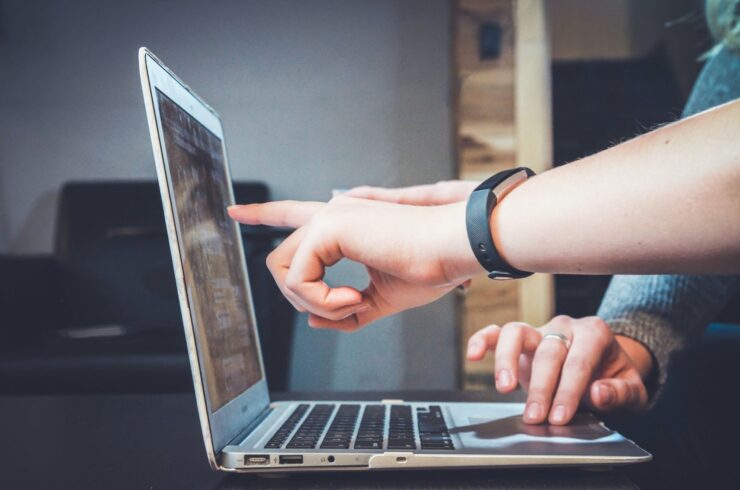 Six Sigma: How to Use It in Project Management

In 1986, a man named Bill Smith introduced a brand new plan for process improvement. Six Sigma, as it was called, is a data-driven methodology that relies on statistical analysis to identify and eliminate defects in a process.

The beauty of Six Sigma is its focus on defect variability. You can’t improve what you don’t measure, and Six Sigma provides the tools for measuring quality at every stage of the process. This makes it an excellent tool for project managers or coordinators who are looking to deliver a high-quality product or service.

After nearly 40 years though, the term is now sometimes being misused to represent any type of improvement initiative.

In this article, we will explore:

What is Six Sigma?

As we noted above, Six Sigma is a data-driven methodology to identify and eliminate defects in a process. Defects can be anything from incorrect data to poor customer service.

The goal is to reduce defects to no more than 3.4 occurrences in one million units. Anything above that would mean the error rate is outside of six standard deviations from the mean, and be unacceptable under this model. By getting it under 3.4 out of a million, Smith believed that money and time could be saved, while risk would be drastically reduced.

Over time, the process has been slightly adapted to be more of an overall philosophy, but the premise remains the same: find and eliminate errors.

The Five Steps of Six Sigma

How do you eliminate those errors? There is a handy initialism for Six Sigma: DMAIC.

It is important to remember in this case that it is to be applied repeatedly, to continue to reduce errors and defects throughout the entire lifetime and every part of a product. Some users will also include a first step–Recognize–which is focused on correctly identifying which problem needs to be put through the process.

There is also an implementation of Six Sigma that takes place before the development process is underway. That is Design for Six Sigma (DFSS) which uses the slightly different initialism DMADV:

Once again this can be an iterative process, which is implemented several times before the product or service is finished its development stage. At that point, the business would move to the original DMAIC method to ensure continued success.

The Six Sigma methodology can be applied to any process, from manufacturing to customer service. It’s been used by companies like GE, Motorola, and Ford to improve quality and save money. And while it’s not a perfect system (nothing is), it has helped many businesses achieve impressive results.

Because of the immediate success of Six Sigma for Motorola when first introduced by Smith, it quickly became a widespread practice used in business and taught in various certification programs.

These programs used a belt graduation system, not unlike karate, which helped people remember the Six Sigma steps. The colors of the belts (white, yellow, green, blue, and black) corresponded to different levels of Six Sigma certification.

Today there are six primary levels of Six Sigma certification:

There are also two honorary levels: senior black belt and executive black belt. To achieve any level of certification other than the white belt one must first pass a test that demonstrates mastery of the basic concepts of the Six Sigma methodology.

The most popular and well-known level is the black belt which requires the completion of a rigorous training program and passing a certification exam. Individuals who hold this level of certification are considered experts in the Six Sigma methodology and can lead or participate in complex improvement projects.

The Champion level is the highest attainable and is reserved for those who have not only mastered the Six Sigma methodology but also successfully implemented it in their organization.

Though it is not quite as ubiquitous today, Six Sigma certification programs are still found across the world at well-respected institutions. Villanova University, for instance, offers courses up to Master Black Belt.

What is Lean Six Sigma?

Today, there is also another branch of the original methodology that has been combined with lean enterprise processes. Lean Six Sigma is a methodology that uses lean and Six Sigma tools and techniques to improve the quality and speed of product or service delivery.

The key difference in the Lean vs Six Sigma discussion is that Lean is focused on the elimination of waste and Six Sigma is focused on reducing variation. The former will use the acronym DOWNTIME when discussing the different types of waste it is trying to reduce:

The argument is that once special cause variation is eliminated, you can then see a true measure of the system and output. Then you can get to work on eliminating–or reducing, more likely–the common cause variation within those 3.4 instances in a million.

There are several other differences to be aware of between Lean Six Sigma and traditional Six Sigma:

For example, a Lean Six Sigma project may aim to reduce the time it takes to process an order from start to finish, while a traditional Six Sigma project may focus on reducing the variability in the time it takes to process orders. They can overlap at times by reducing the variation in order processing time, but ultimately they are different goals.

Lean Six Sigma can be used to improve the quality and speed of product or service delivery across the entire organization, from operations to customer service. In contrast, Six Sigma is often used in specific areas such as manufacturing or process improvement.

While traditional Six Sigma is meant to continue and build on the reduced variability each time, Lean Six Sigma is focused on continuous improvement of the entire organization, not just individual problem-solving.

What are the benefits of Six Sigma methodology?

There’s a reason why the Six Sigma methodology became so widespread, so quickly. It can bring with it several clear benefits, including:

There are also several critiques of Six Sigma that should be noted:

Despite these critiques, Six Sigma remains one of the most popular and successful process improvement methodologies in use today. It is clear that the benefits it brings to organizations are considerable, and it is likely to remain a key part of business strategy for many years to come.

Now that you know what Six Sigma is, how it has been tweaked and how it can help your project, it’s time to go out and try to implement it. Before you go, here are ten common mistakes that project managers make when trying to follow the Six Sigma approach:

1. Not using a team approach: The Six Sigma philosophy is all about teamwork and consensus-building. If you try to go it alone, you’re likely to run into roadblocks. Allow your team to be proactive in the process.

2. Underestimating the time commitment: Implementing Six Sigma can be a time-consuming process–make sure you allot enough resources to see it through.

3. Not using the right tools: There are a variety of tools and techniques that can help you implement Six Sigma, including things like project status reports–make sure you use the ones that are most appropriate for your project.

4. Failing to standardize processes: Standardization is key when implementing Six Sigma–make sure all members of your team understand and comply with the standardized processes or risk failure.

5. Not measuring results: One of the key tenets of Six Sigma is measurement–make sure you track the results of your project and use that data to improve future projects.

6. Focusing on numbers over quality: While Six Sigma is all about reducing variability, it’s important not to lose sight of the ultimate goal, which is to produce better products and services.

7. Not training team members properly: One of the keys to success with Six Sigma is training your team members in the techniques and tools they need to use. Make sure you take the time to do this properly.

8. Trying to do too much too soon: Start small when implementing Six Sigma–try it on a single project and then expand as you gain more experience and see results.

9. Not following up: Once your project is completed, don’t forget to follow up and measure the results. Use this data to improve future projects.

If you make sure to avoid these mistakes, you’re already well on your way to successfully implementing the Six Sigma method.