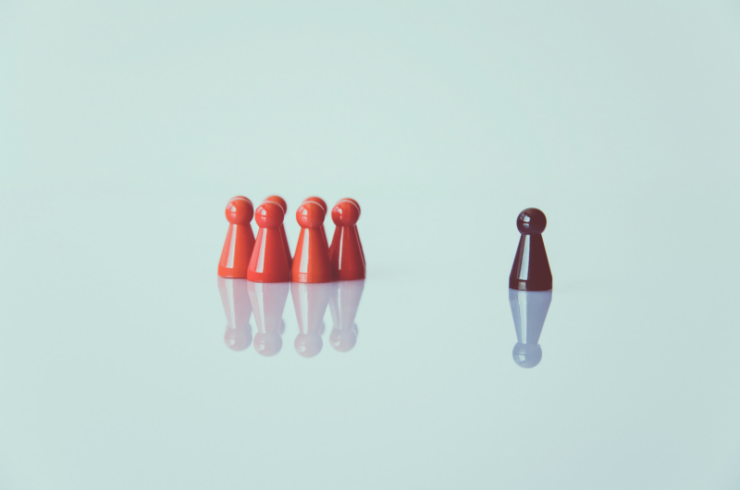 Leading a Team: How To Do It Effectively

Being an effective leader is not an easy achievement. Leadership has peaks and troughs, and it is clear to see there is no one way to be a great leader.

If we think about revolutionary business leaders throughout the course of history, we can instantly point out that none of them was exactly like the other.

This is because they all employed different leadership strategies, whilst still encapsulating some common leadership traits.

What is important to remember is that leadership isn’t about a title or a position. Leadership is an action and it’s something that anyone can do, regardless of their job title.

In this article, we will explore what it takes to be an effective leader and how you can lead your team to success. We will cover the various different leadership strategies, and look at how effective leadership has catapulted some companies into the realm of greatness.

There are certain traits that the majority of great leaders share when leading a team. Let’s have a look at some of the most important ones.

A leader needs to be confident in themselves and their abilities in order to gain the respect of those they are leading.

Leaders have to ensure that they make decisions carefully, but quickly. They have to be decisive as delays in decision-making can prove extremely harmful to companies.

In some industries like trading, the environment changes quickly — so leaders have to be rapid in their decision-making so as to not miss windows of opportunity.

Great leaders are often excellent communicators of their vision and have a high degree of emotional intelligence.

If the team does not understand what the leader is trying to achieve, then it will be difficult for them to work together efficiently.

It is also important for leaders to be humble and acknowledge that they do not know everything. Hence a great leader must be able to listen to their team and take on board their suggestions — after all, a leader is only as good as their team.

Leaders need to be able to motivate their team and keep them engaged. This is often done by setting clear goals and targets for the team to achieve.

If the team feels like they are working towards something, then they will be more likely to stay focused and motivated.

Leaders must have a passion for what they are doing, as this will inspire those they are leading.

Passionate leaders are usually more successful as they have the drive and determination to succeed, no matter what obstacles they face.

The Most Prominent Leadership Strategies

There are countless leadership strategies out there, but some are more effective than others.

Choosing which strategy is optimal for a leader depends on the nature of the business, the employees and the personal opinion of the leader themselves.

Here are the most common leadership strategies out there:

This is a strategy employed by leaders who prioritise the needs of their team above their own.

Leaders who adopt this strategy see themselves as servants to their team, and work hard to ensure that everyone has what they need to be successful.

This strategy is especially prominent in complicated projects, where teams are made up of specialists that require a hands-off style of leadership.

This is a more traditional leadership strategy, and one that involves the leader having a great deal of control over their team.

Authoritative leaders make all of the decisions and give orders to their team. This can be an effective strategy if the leader is very knowledgeable and experienced, but it can also be seen as autocratic and dictatorial.

This is a strategy that involves the leader consulting with their team before making decisions.

Participative leaders take input from their team members before making decisions, and this can lead to a more cohesive and effective team.

This is similar to participative leadership, but with one key difference. In a democratic leadership situation, the leader will allow their team to vote on decisions.

This strategy can be very effective in ensuring that everyone feels involved and invested in the team’s success.

This is a strategy that involves the leader working with their team to help them reach their potential.

Leaders who adopt this strategy work with their team members to help them improve their skills and performance. This can be an effective strategy for developing a high-performing team.

5 Tips on How to Lead a Team

Whether you’re a first-time manager or a seasoned leader, these tips will help you get the most out of your team.

The first step to leading a team effectively is to define what the team’s goals are. Without a clear goal, it’s impossible to measure success and failure.

The team’s goals should be specific, measurable, achievable, relevant and time-bound (SMART).

By setting SMART goals, you can ensure that everyone on the team is working towards the same thing and that there is a clear benchmark for success.

Once you have defined the team’s goals, it’s important to communicate them to everyone on the team.

This will ensure that everyone is aware of what needs to be done and that they understand their role in achieving the goal.

It’s also key to keep the team updated on progress towards the goal. This will help to keep everyone motivated and on track.

One of the most important aspects of leading a team is delegation. As the leader, you can’t do everything yourself and you need to delegate tasks to other members of the team.

Delegation not only allows you to focus on more important tasks, but it also empowers team members and gives them a sense of ownership over the project.

Giving feedback is essential for leading a team effectively. Feedback helps team members to understand what they are doing well and where they need to improve.

It’s important to give both positive and negative feedback in order to help team members learn and grow. However, it’s also important to be constructive with your feedback and avoid being overly critical.

Encouraging collaboration within the team is another important aspect of leadership. When team members collaborate, they can share ideas, knowledge and skills which can lead to better results.

This can be as simple as creating an environment where team members feel comfortable sharing ideas or setting up regular brainstorming sessions.

How Can Effective Leadership Transform Companies?

Let’s take examples of 3 great leaders of our time: Steve Jobs, Bill Gates and Henry Ford — and determine how their leadership transformed their respective companies.

When Jobs returned to Apple in 1997, the company was close to bankruptcy. Jobs quickly turned things around by making some tough decisions, such as cutting 70% of Apple’s product line and laying off 3,000 employees.

He also invested heavily in research and development, which led to the release of the groundbreaking iMac in 1998.

Under Jobs’ leadership, Apple became the most valuable company in the world. His visionary thinking and commitment to excellence transformed Apple into the powerhouse it is today.

Bill Gates is another example of how effective leadership can transform a company. When Gates took over Microsoft in the early 1980s, the company was a small player in the nascent personal computer market.

Gates quickly recognized the potential of Microsoft’s new Windows operating system and he made it the focus of the company. He also struck deals with computer manufacturers to pre-install Microsoft software on their machines.

These strategic decisions helped Microsoft to become the dominant player in the PC market and one of the most valuable companies in the world.

Henry Ford is another business leader who transformed his company through effective leadership. In the early 1900s, Ford’s Model T car was the only affordable automobile on the market.

Ford’s leadership transformed his company by introducing the first moving assembly line for cars. This innovation allowed Ford to mass-produce the Model T and sell it for a much lower price than his competitors.

As a result of Ford’s leadership, the company became one of the largest and most successful businesses in the world.

These examples show how effective leadership can transform even the most struggling of companies from bankruptcy to ecstasy.

Leading a team effectively is not an easy task, but it’s one that is essential for businesses of all sizes.

By following the tips in this article, and understanding the characteristics and traits of a great leader, you can start to create an effective team that is able to achieve remarkable things.

Remember, leadership is an action and it’s something that anyone can do. So, start taking action today and see how you can transform your team.