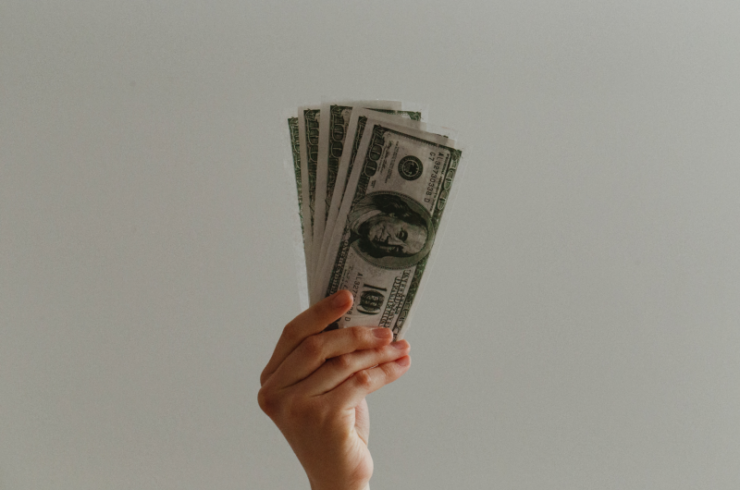 Project Sponsor: What is it?

Project management has a strict hierarchy — from those working at the very bottom rung such as interns, all the way up to programme managers in charge of multiple projects.

In between these two extremes are project sponsors. Sponsors are an essential part of a high performing team, and are key to the success of any project. Yet their role is often misunderstood and overcomplicated to those surrounding them.

When projects first come about, the sponsor is highlighted as one of the most important members of the project management team. After all, they are the ones with the power to get things moving — or not.

In this article, we’ll explore what a project sponsor is, what their responsibilities are, how to best deal with them and how they can help (or hinder) the success of your project.

Definition of a Project Sponsor

A project sponsor is the individual or group who provides financial support and resources for a project. Sponsors are also sometimes known as ‘patrons’, particularly in arts and cultural projects.

Whatever the methodology, the project sponsor has a vested interest in the project’s success — they want to see a return on their investment (ROI).

For this reason, sponsors are typically involved in project planning and decision-making, and they may also take on some of the risks associated with the project.

They are perhaps the most important party in the entire project as they ‘own’ the project and are the ones that provide the resources for the project to exist in the first place.

Example of a Project Sponsor

To help illustrate what a project sponsor is, let’s take a look at an example. Imagine you are working on a new product development project. The product is a new type of software that will be used by the marketing team.

Your company has just been through a round of layoffs and there is a lot of pressure to get this product out the door as quickly as possible and start generating revenue. The sponsor of this project is the VP of Marketing.

The VP of Marketing has tasked you with developing the software and getting it ready for launch in 4 months. They are your direct point of contact for this project and are responsible for providing you with the resources you need to get the job done.

Responsibilities of a Project Sponsor

The sponsor needs to be clear about what they want the project to achieve. This might involve input from other stakeholders, but ultimately it is the sponsor’s responsibility to ensure that everyone is agreed on the objectives and that they are realistic.

This means they need to be involved in setting the objectives in the first place, and then they need to monitor progress throughout the project’s lifecycle to ensure that it is on track.

The sponsor is responsible for providing the resources that the project needs to succeed. This might include financial resources, but it could also involve other kinds of resources such as people or equipment.

This is the key role of the sponsor as they are the ones who act as financiers to get the project off the ground in the first place.

The sponsor needs to monitor progress throughout the project to ensure that it is on track. This might involve regular meetings with the project manager and other key stakeholders.

The decisions project sponsors make tend to be those on a macro scale, rather than smaller decisions which are handled by other members of the project management team.

How Can A Project Sponsor Help (Or Hinder) The Success Of The Project?

A project sponsor can have a hugely positive impact on the success of a project. As discussed previously, they are heavily involved in planning and decision-making and can help to ensure that the project is aligned with their own goals and objectives.

They can also provide essential resources, both financial and otherwise, which may be difficult or impossible to obtain without their support.

However, a project sponsor can also hinder the success of a project if they are not properly managed.

One of the key ways in which this can happen is if the sponsor tries to take too much control over the project. It is important to remember that the sponsor is not the project manager and, as such, should not be trying to micromanage the project.

This can lead to a number of problems such as the project manager feeling undermined, decisions being made without sufficient consultation, and so on.

Another way in which a project sponsor can hinder the success of a project is by failing to provide adequate resources. This could be in terms of finance, but also extends to other areas such as people, equipment, and so on.

If a sponsor does not provide enough resources then the project is likely to run into difficulties which could ultimately lead to its failure.

It is a common misconception that a project sponsor is equivalent to a project manager. This simply isn’t the case. Both roles are massively important, but differ greatly in terms of day to day tasks to be done.

Let’s go through some of these differences in greater detail:

This isn’t always the case, but it is more likely that a sponsor will have been with the company for longer and have worked their way up the corporate ladder.

This might be a little controversial, but it is simply because project sponsors have skin in the game.

They are the ones that have provided the funding for the project in the first place. The success of the project means more to them from a monetary perspective as they want to see a return on their investment (ROI).

Project sponsors need to sign off on major decisions such as changes to the scope of the project.

While project managers also deal with major decisions, they are more likely to deal with the micro side of the things than project sponsors.

How to Best Deal with Project Sponsors

Project sponsors have the potential to boost the success of your project, or make it fall flat on its face.

Here are some tips on how to best deal with them to ensure your project is an overall success:

1. Keep them updated on progress (or lack thereof) at regular intervals

They will appreciate being kept in the loop and it will show that you are managing their investment responsibly.

2. Seek their input and advice when needed

This is important to do, but don’t go to the extreme of seeking their opinion on every decision. Make decisions without them when you are confident in yourself. They will trust you more if you show that you can be proactive.

3. Be honest with them

If things are going wrong, they need to know so that they can help rectify the situation. Trying to cover up problems will only make them worse in the long run.

A happy sponsor is a generous sponsor. If they are pleased with the progress of the project, they are more likely to provide additional resources or support when needed.

How to be an Effective Project Sponsor

Being an effective project sponsor is not about micromanaging the project team or being involved in every single decision. In fact, it’s quite the opposite.

The best sponsors are those that provide clear direction and expectations at the start of the project, and then step back and let the team get on with it.

This doesn’t mean that sponsors should be completely hands-off — they should still be available to answer questions and provide support when needed.

By following these tips, you can be an effective sponsor and help your project to achieve its goals.

Project sponsors are essential to the success of any project. They provide the financial support and resources that are necessary for a project to exist.

While they can be helpful, they can also be hindering if not managed properly. Keep them updated, seek their input when needed, and be honest with them at all times to ensure a successful project outcome.

It is also vital to keep in mind some of the key characteristics of a good project sponsor — such as not micromanaging and being realistic with expectations.

Project sponsors are a crucial part of project management, and we hope you now have a better idea of their roles and how important they really are!