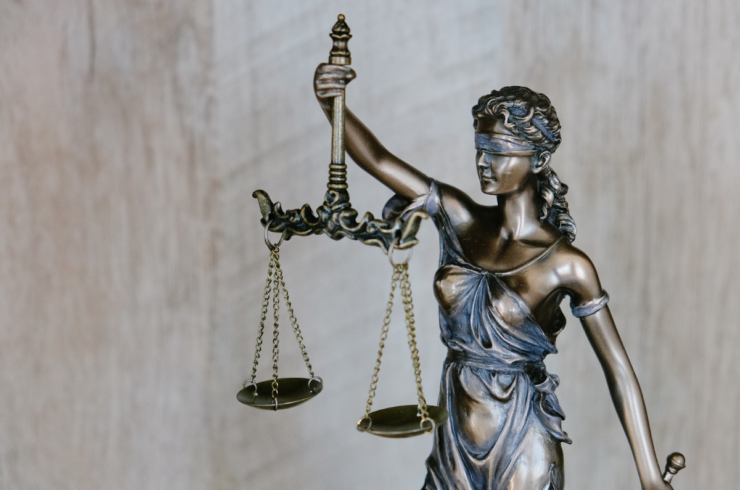 Labor Laws can be difficult to keep track of, from the constant minimum wage changes to the confusing amendments in how employer’s are allowed to advertise jobs. With New York continuing to be the commercial giant of a city it has always been, it can be hard to stay up-to-date with all the rules and regulations.

Changes are made quickly and in bunches — so let this be a concise guide to some of the more important New York Labor Laws in 2022. Let’s get started.

Passed in December 2021, this law was intended to bridge the information gap between employers and employees by making it unlawful for employers to advertise any job or promotion without stating the minimum and maximum salary for the role.

The initial law required firms with four or more employees to disclose a minimum and maximum salary for every job they hired for. The law was quite stringent in the fact that it applied to employers which had any workers working within NY. This meant that even if you had an employee that worked from home, but their home was based in New York, the Salary Transparency Law would apply to you as an employer.

This caused quite the uproar with New York-based firms, and even firms based outside New York who perhaps had employees working from their NY-based home.

With the law intended to become effective on May 15, 2022 — employers felt rushed to comply and the NYC Council acted quickly as a result. They made a decision on April 28, 2022 to push back the effective date to November 1, 2022, as well as making some amendments to the law. Instead of penalties being imposed immediately upon employers, they would have 30 days after being served with a complaint to fix the violation — and would be fined nothing unless they did not fix the situation. A few other small amendments were also made, but the essence of the law did not change.

Critics have blasted the lack of action taken by lawmakers as they point to the massive increase in the cost of living, and how workers on minimum wage are essentially losing money as their inflation-adjusted wage is declining.

It seems that there remains to be progress seen in this New York Labor law. Employees on a salary may also be on a minimum wage, which can be calculated fairly easily. For these employees on minimum wage, it seems that only time will tell what legislative action is taken to bring calm to this tense situation.

Employee privacy cannot be more important in today’s day and age. With information able to travel halfway around the world with a click of a button, it’s crucial that employers take care of our personal information and keep our private lives intact.

Signed on November 8, 2021, the New York Civil Rights Law was amended to include this important item. It was now required by law that employers who monitor employees’ emails, interest access and telephone calls have to make it blatantly clear what they are doing.

They will have to:

Employers will not have to obtain acknowledge from old hires, and will not be fined for not doing so. Speaking of fines, civil penalties are available: $500 for their first violation, $1,000 for their second violation and $3,000 for each subsequent violation of the law. It’s important for employers to get their act together and prepare for this new law, as the financial consequences for them could be bad.

Expansion of the definition of retaliation

Retaliation by an employer has been more explicitly defined. A toxic work environment is one matter, but employees conducting business illegally is another. If you’re an employee and have opposed your employer in some way due to them practicing activities forbidden under the New York State Human Rights Law (NYSHRL) — perhaps by filing a complaint or testifying against them in a proceeding — then your employer could retaliate. They hold a lot of information about you. They could potentially expose your personal details to the world, and even air your dirty laundry.

Embarrassing and unfair? Absolutely. But until now, it was very difficult to fight against.

This expansion of the definition of retaliation states that disclosing an employee’s personal file because the employee has opposed practices (forbidden under the NYSHRL) is officially retaliation. Employers often leak details to discredit the victim and boost their own standing, but now that this is classified as retaliation, it means it is banned under the NYSHRL.

In previous years before this amendment took place, the only way employees could fight retaliation was through private actions. However this amendment changes things and gives power to the Attorrney General to commence actions if they suspect the employer has retaliated or is about to retaliate.

An extension of the statute of limitations

This is a labour law that — although not yet passed — has the potential to be crucial to employee safety and wellbeing.

It is currently the case that employees can report discrimination to the NYS Division of Human Rights within 1 year of the discrimination occurring. This changes to 3 years for employees making sexual harassment claims.

The proposed extension of the statute of limitations would lead to all discrimination claims being able to be reported to the state within 3 years of the actions occurring.

Another similar proposal involves extending the statute of limitations for claims based on unlawful discriminatory practice from 3 to 6 years.

Extending the statute of limitations in both cases is excellent news for employees and is sure to bring forward more people who have experienced discrimination via their employers — as they have a larger timeframe in order to do so. They may need time to build their case and procure the required evidence. As a result, this adjustment of the law may prove incredibly useful to victims of discrimination.

It can be very difficult to come forward if you are a victim of sexual harassment in the workplace. Currently it can be stressful and frankly quite traumatic to manage your way out of a situation like this.

What do you do? Who do you go to? That’s not an easy question to answer.

This innovative New York Labor Law will take effect on July 14, 2022 and will involve the establishment of a new sexual harassment hotline regarding matters in the workplace.

The toll-free hotline is currently in the process of being established by government departments and will act as a bridge between victims and pro-bono lawyers. Having free professional legal advice in matters such as these will aid in bringing more victims forward, and give them a voice to bring forward a legal case against their employers.

A significant number of changes in 2022 have been brought about through a greater focus on employee satisfaction.

The innovative manner in which these changes are being introduced, such as the new free-of-charge sexual harassment hotline, shows that there is a clear focus on improving employee wellbeing.

There is a focus all the way from those starting out their career as prospective job seekers, who will now have greater salary transparency — all the way to experienced workers, who will be able to take their employers to court without fear of retaliation.