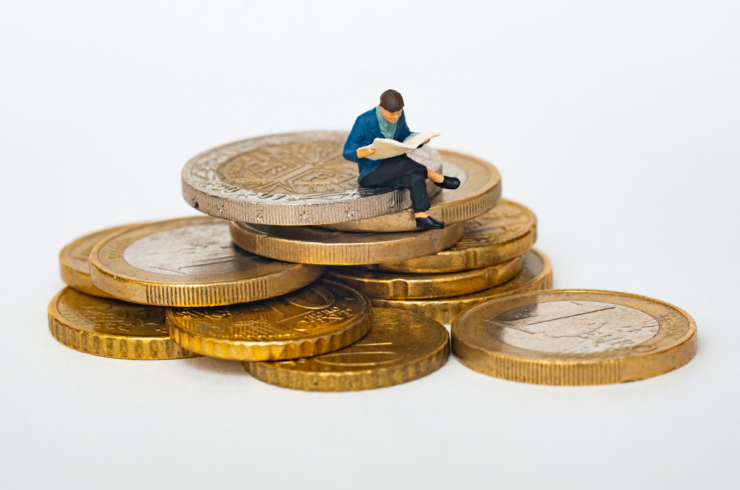 Gender Pay Gap: What is it?

The gender pay gap is an often misunderstood concept. Many believe it to be the difference between what men and women are paid for the same job, whereas some think that it is a measure of discrimination against women in the workforce.

Both of these are not necessarily incorrect statements, but they are inaccurate definitions of this complicated concept.

In this article, we will clear up some common misconceptions and the intricacies associated with the gender pay gap. In particular, we will discuss:

The gender pay gap is the difference in median earnings between men and women. The calculation is expressed as a percentage of men’s earnings, and it is adjusted for factors such as age, industry, region, and job type.

This means that if the gender pay gap is 10%, women earn 10% less than men for doing the same work.

It is important to note that the gender pay gap does not measure discrimination. Discrimination refers to an action or a decision that treats a person or a group unfairly for arbitrary reasons, resulting in their workplace wellbeing being severely impacted. This could be, for example, denial of a job opportunity because of gender.

The gender pay gap is often confused with the concept of equal pay for equal work, which is the principle that men and women should be paid the same amount for doing the same job. While the two concepts are related, they are not the same thing.

Equal pay for equal work is a principle that is enshrined in law in many countries, including the United States. The Equal Pay Act of 1963 made it illegal to pay men and women differently for doing the same job.

The gender pay gap, on the other hand, is a measure of earnings disparities between men and women.

Even if men and women are paid the same amount for doing the same job, there could still be a gender pay disparity if women are disproportionately represented in lower-paying jobs.

All this may seem like quite a mouthful, but don’t worry, we will explain all of this in more detail later on.

How Is The Gender Pay Gap Calculated?

There are two ways to calculate the gender pay gap:

This is the difference in median earnings between men and women, without taking into account factors such as age, industry, region, or job type. We can work this out by:

1. Finding the median hourly wage for all workers

5. Dividing this figure by the median hourly wage for all workers

This means that the unadjusted gender pay gap is 10%. A high gender gap could mean a buildup of resentment and a high employee turnover rate, especially among the lower-paid gender.

This is the difference in median earnings between men and women, taking into account factors such as age, industry, region, or job type.

To calculate the adjusted gender pay gap, we need to use a more sophisticated statistical technique called regression analysis. This technique allows us to control for all of these factors, and isolate the effect of gender on earnings.

The adjusted gender pay disparity is often expressed as a percentage of men’s earnings, and it is this figure that is most commonly reported in the media.

In the next section, we will discuss some of these important factors.

The Causes Of The Gender Pay Gap

There are many factors that contribute to the gender pay gap. Let’s go through each of these in further detail to understand why the gender pay disparity still exists in the 21st Century.

Women are more likely to work in lower-paid industries

This is one of the most important factors contributing to the gender pay disparity. Women are more likely to work in sectors such as healthcare, education, and social work, which are typically lower paid than male-dominated industries such as finance, technology, and engineering.

This stems from a variety of factors, including historical gender roles, social norms, and discrimination.

Although women have made great strides in achieving equality in the workforce, they are still more likely than men to work part-time.

This is often due to caring responsibilities, such as childcare, that women disproportionately shoulder — leading them to have to take a leave of absence.

This means that women are more likely to miss out on promotions and opportunities for career advancement, which leads to lower earnings over their lifetimes.

The gender pay gap is larger for older workers

The gender pay gap tends to increase with age. This is due to the fact that women are more likely to take time out of the workforce for caring responsibilities, and they also face greater discrimination as they get older.

Women are less likely to negotiate their salaries

Studies have shown that women are less likely than men to negotiate their salaries. This is often due to gender norms and stereotypes that lead women to believe that they will be seen as pushy or aggressive if they try to negotiate.

The end result is women end up starting their careers at a disadvantage in an attempt to gain the trust of their managers, and this gap only widens over time.

The gender pay gap is larger for women of color

According to statistics discussed in the upcoming section, women of color face even greater barriers in the workforce than white women.

They are more likely to be discriminated against, paid less for the same work, and passed over for promotions. This is due to a combination of factors, including racism, sexism, and xenophobia.

All these factors lead to women being paid less than men for the same work, even when controlling for factors such as experience, education, and job type — leading to the phenomenon we now know of as the gender pay gap.

Here are some of the most pronounced statistics associated with the gender pay gap and what they mean for the world of work:

5. The gender pay gap is worse for older women. For instance, women over the age of 65 only earn 73% of what their male counterparts make.

6. The gender pay gap exists at all educational levels. For instance, women with a bachelor’s degree only earn 74% of what their male counterparts make.

All these statistics reiterate the existence of the gender pay disparity on an international scale and within most industries out there.

How Can We Address The Gender Pay Gap?

As evidenced by the statistics discussed in the previous section of this article, the gender pay gap is quite obviously a huge problem in the United States.

There are many factors that contribute to the gender pay disparity, including discrimination, the prevalence of women in certain sectors of the workforce, and differences in experience and qualifications.

Fortunately, there are things that can be done to address this. Here are five ways in order to do so:

This would provide greater transparency and allow for more accurate comparisons between companies.

Picture a situation where a woman applies for a job at two companies, one of which reports its gender pay gap and the other does not.

The woman is likely to choose the company that reports its gender pay disparity as it would signal to her that the company is more transparent and committed to equal pay.

One way to close the gender pay disparity is to encourage women to enter male-dominated fields, such as engineering and computer science.

This can be done through targeted outreach and mentorship programs. It’s also important to create a more welcoming environment in these fields for women, which includes things like ensuring that there are female-friendly bathrooms and changing rooms, as well as providing adequate childcare facilities.

Flexible working arrangements, such as part-time work, job sharing, and remote working, can help to close the gender pay disparity as they make it easier for women to balance work and family responsibilities. It is a great way to improve your office culture and display your inclusivity.

This is especially important for mothers, who are more likely to leave the workforce or reduce their hours after having children. Promoting flexible working arrangements can also have other benefits, such as reducing turnover and increasing productivity.

Paid parental leave is another policy that can help to close the gender pay gap. It would allow both mothers and fathers to take time off from work to care for their newborn children without having to worry about losing income.

This would help to level the playing field between men and women, as currently, it is mostly mothers who take time off work to care for young children.

By offering paid parental leave to both parents, the lucky couple would be able to share responsibility more equally for taking care of their young children, and hence the mother would be able to get to work a little more quickly than if adequate paternal leave was not given.

Investing in early childhood education and childcare can also help to close the gender pay disparity. This is because it would allow more women to enter the workforce and participate in paid work.

It would also allow women to return to work sooner after having children. Currently, the United States lags behind many other developed countries in terms of investment in early childhood education and childcare.

The gender pay gap is a complex problem with no easy solutions. However, there are things that can be done to address it.

Firstly we have to understand what the gender pay gap is, what is causing it, and how to calculate it. Once this has been looked at, we can work on steps to address the gender pay disparity and make it a relic of the past, as it deserves to be.

By requiring companies to report their gender pay disparities among a number of other initiatives discussed in this article, we can work towards closing this gap for future generations. Let’s get going today!