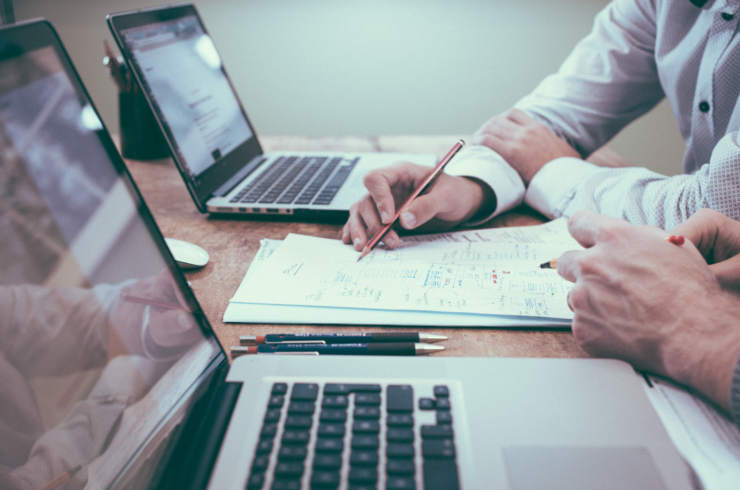 Expected Monetary Value: How To Calculate It in Project Management

Projects can be risky endeavours to undertake.

Maybe there’s a chance of macroeconomic failure which could result in your project being acutely impacted. Maybe one of your suppliers might go broke. Maybe an asteroid hits your facility.

Who knows? The risks are many in number and varied in their severity.

Top dogs like project managers and project sponsors have to be able to quantify these risks and their potential impacts in dollar terms — so that they can make decisions accordingly. This is where expected monetary value (EMV) comes in.

Let’s delve a little deeper into expected monetary value, how companies can use it to quantify risks, how we can calculate it ourselves, and compare it against a few other risk metrics we could use instead.

What is Expected Monetary Value?

Expected monetary value is a statistical technique used in risk management. It’s a way of quantifying the expected loss or gain from undertaking a project, given the probability of different outcomes.

The expected monetary value equation is as follows:

Probability is the chance of a certain outcome occurring and can range from 0–100%.

Impact is the financial result of the outcome and can range from any negative number to any positive number, depending on if the impact is positive or negative on the firm’s bottom line.

This might all seem a bit convoluted, so let’s go through a few examples to illustrate this concept better.

Let’s look at two examples: one where EMV for a threat is calculated, and another for an opportunity. They follow the same structure but differ slightly in their outcomes.

Let’s say there’s a 10% chance of your project being impacted by an earthquake to the tune of $1,000,000, then you would calculate EMV using the following steps:

This means that if you were to undertake this project 100 times, you would expect to lose $100,000 on average each time due to the risk of an earthquake.

Sometimes you can price in the risk of something good happening, i.e. an opportunity.

Let’s look at the possibility of your supplier cutting prices by 10% due to a drop in material prices. This is an opportunity you believe has a 5% chance of happening and would increase the firm’s income by $25,000.

The expected monetary value is calculated as follows:

This means that if you were to undertake this project 100 times, you would expect to gain $1250 on average each time due to the chance of your supplier cutting prices.

Why Use Expected Monetary Value?

EMV is a popular tool in project management for a few reasons, let’s take a look at a few of these reasons in more detail:

1. It Can be Used to Quantify Both Gains and Losses

Expected monetary value is not only useful to look at the impact of threats to your company, but as the example above shows, it can also account for opportunities.

This is important as it means that you can use EMV to make decisions about whether a project is worth undertaking or not.

The formula for expected monetary value is quite straightforward and easy to apply.

3. It Can be Used to Compare Different Risks

As expected monetary value is a dollar figure, it can be used to compare different risks in order to prioritize which ones need to be addressed first.

4. It Takes Into Account the Probability of an Event Occurring

One of the benefits of using expected monetary value is that it forces you to think about the likelihood of an event occurring.

This is important as it means that you’re not just making decisions based on the potential impact of an event, but also on the probability of that event actually happening.

Now that we know what expected monetary value is and why it’s useful, let’s take a look at how to actually calculate it for a specific project.

You can use this template to calculate expected monetary value for your own project, whatever it may be.

The first step is to list out all of the risks and opportunities that your project faces, along with their probability of occurring and their potential impact.

For example, let’s say you’re planning to launch a new product. Some of the risks and opportunities that you might face could include:

Once you’ve listed out all of the risks, the next step is to calculate the expected monetary value for each one.

As we saw in the formula above, this is simply a matter of multiplying the probability of the risk occurring by its potential impact.

So, for our first risk (competitor launching a similar product), we have:

We can do the same for the other risks:

Once you’ve calculated the EMV for each risk, the next and final step is to add all of the individual EMVs together to get the total expected monetary value for your project.

So, in our example:

This is the amount of money that you would expect to lose, on average, if you were to undertake this project 100 times.

There are a few other ways of quantifying risk that you could use instead of EMV. Managing risks is a different story — these are methods to calculate risks.

Expected value is the average outcome of a series of trials. It’s calculated by taking the sum of all possible outcomes, multiplied by the probability of each outcome occurring.

For example, if you had a die and you wanted to calculate the expected value of rolling it, you would take the sum of all possible outcomes (1+2+3+4+5+6), multiplied by the probability of each outcome occurring (1/6).

This would give you an expected value of 3.5.

The formula for expected value is:

However, expected value only works if all outcomes are equally likely. In the real world, this is often not the case. This is where expected monetary value comes in.

Standard deviation can be used as a way of quantifying risk, as it tells us how much we can expect the actual outcome to deviate from the expected value.

The formula for standard deviation is:

where μ is the mean value and n is the number of data points.

Monte Carlo simulations are a way of modelling the probability of different outcomes occurring, by running a large number of trials.

This would give you a good estimate of the probability.

Monte Carlo simulations are useful as they can take into account the fact that some outcomes are more likely than others, unlike expected value.

Sensitivity analysis is a way of looking at how sensitive your results are to changes in the inputs.

This is an extra addition to expected monetary value rather than a completely separate technique, and can add another layer of analysis to your calculation.

For example, if you wanted to know how sensitive your EMV calculation was to the probability of an earthquake occurring, you could run a sensitivity analysis.

This would involve changing the probability of an earthquake occurring from 10% to 5% and seeing how this changes the EMV.

Sensitivity analysis is a useful tool in addition to expected monetary value as it can help us to identify which inputs have the biggest impact on the results.

Expected monetary value can a crucial concept in project risk management as it allows you to list out potential risks and opportunities to your project, as well as their likelihood of occurring.

The simple nature of the equation means it is an easy ask for any team to do, and can put you one step ahead as you anticipate the impact of risks to your bottom line.

Of course, it is not ideal for every situation — so have a look at some alternatives if EMV isn’t the right statistical technique for you.

If you are looking to use EMV for your project, then check out some of these examples to get your feet wet — then get cracking with your own equations!