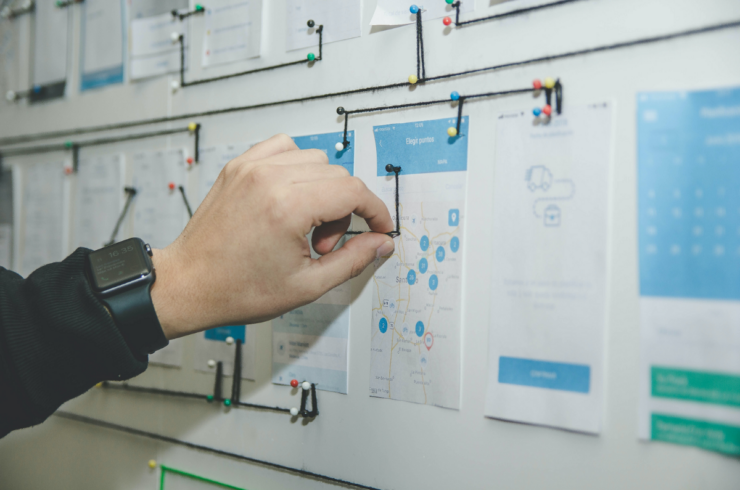 What Is Earned Value Management?

Project management is an essential part of any business. Large projects are often significantly over budget, delayed for months — even years on end, and can be very messy to deal with.

Even the largest projects with the heftiest budgets can be delayed, with their budgets spiraling out of control. Take the 2012 London Olympics, which went nearly $12 billion over budget. As a result, effective project management is crucial to ensure that your projects are on track, and that you’re getting the most out of your investment.

Using the correct project management technique is of paramount importance — and earned value management (EVM) is one method to do this.

It is a systematic approach to measuring whether a project is on track and on budget.

EVM can be used to track progress, identify problems, and make decisions about how to best course correct. It is a valuable tool for project managers and can help ensure that projects are completed on time and within budget.

An example of earned value management

There are lots of words here, so let’s illustrate EVM through an example:

Say you’re managing the construction of a new office building.

Your earned value management system would show that you are on schedule and on budget. Things are going well!

But how can we interpret this information, and figure out what actionable steps to take in response?

Your earned value management system for the above example would now show that you are behind schedule and over budget.

This is because you have spent more money than planned, and also have not completed as much work as was originally scheduled.

We can conduct variance analysis to find out the issue, and think up potential solutions to solve the problem.

There are two main variances we can use:

Regarding this particular example:

Regarding this particular example:

There are a few ways to interpret this information.

One way would be to say that you need to speed up the project in order to catch up to the original schedule. This would bring the schedule variance back to par.

Another would be to reevaluate the project scope and cut some features in order to stay on budget. This would bring the cost variance back to par.

Hence conducting variance analysis is a crucial part of earned value management, allowing us to interpret and solve problems associated with the project.

The origins of earned value management

Earned value management arose out of the need for a more accurate and efficient method of project management.

In the early days of project management, the waterfall method was used. This approach is linear and sequential, with each phase being completed before moving on to the next. However, this method has several disadvantages.

One is that it does not take into account the fact that some tasks can be started before others are completed. For example, if you are building a house, you can start construction on the foundation while the architect is still working on the plans.

Another disadvantage of the waterfall method is that it does not allow for changes to be made once a project has started. This can be a problem if the client changes their mind about something or if unforeseen circumstances arise.

The earned value management approach was developed to address these issues.

With this method, each task is assigned a certain value based on its importance to the project. The project manager then tracks the progress of each task and compares it to the value that was assigned. This allows for a more accurate picture of the project’s progress. It also makes it easier to make changes, as the manager can simply adjust the values assigned to each task.

There are three main aspects to earned value management:

1. Planning — You need to establish a baseline plan, which will include what work needs to be done, how long it will take, and how much it will cost. This is important as it provides a benchmark against which you can measure progress.

2. Tracking — As work is completed, you need to track progress against the baseline plan, so that you can see whether you are on track, ahead of schedule, or behind schedule. This gives you the opportunity to take corrective action at the first sign of falling behind, if necessary.

3. Reporting — You’ll need to generate reports that show how the project is progressing and whether it is on track, behind, or ahead of schedule. These reports can be generated by software platforms that specialize in earned value management, or they can be created manually.

Why use earned value management?

There are many reasons why you might want to use earned value management on a project. Here are some of the most common benefits:

Helps you to better understand project progress — Earned value management can give you a clear picture of whether a project is on track, behind, or ahead of schedule.

Allows you to take corrective action early — If you can see that a project is behind schedule, you can take steps to get it back on track. A greater focus can be placed on productivity and cost cutting.

Helps you to better manage costs — By understanding where money has been spent and how much work has been completed, you can better control project costs.

Although earned value management is a useful project management technique, it does have some inherent constraints.

One such constraint is that it only works when there is a measurable deliverable associated with the project. If the project doesn’t have a tangible outcome, it’s impossible to track progress using earned value management.

Additionally, earned value management requires detailed planning at the outset of the project. This can be difficult to do if the project is complex or if the team isn’t experienced in using this technique.

Finally, earned value management relies on accurate data in order to produce accurate results. If the data is inaccurate, the entire analysis will be flawed.

One popular alternative is the agile approach. Agile project management focuses on delivering small increments of functionality throughout the project lifecycle. This approach is well-suited to projects that are complex or where the requirements are likely to change over time.

Another alternative is the waterfall approach. This traditional approach involves completing all phases of the project before moving on to the next one. Waterfall can be a good choice for projects that are well-defined and where the team has a lot of experience.

Various other project management techniques are also available, such as the critical path method, Kanban and Lean methods.

If you feel like these project management techniques would be better suited to a particular project, then it is absolutely fine to veer away from earned value management. There is more than one way to skin a cat, and this certainly applies when discussing project management.

Earned value management can be a very useful project management tool, if used correctly. It can help you to better understand where your project is at, in terms of both cost and schedule, and can give you early warning signs if things are starting to go off track.

Have a look at the benefits of EVM laid out in this article, where it can be used most effectively — and remember to consider other alternatives that may suit your project better.